Am I in America right now?

Is this real life?


I don't know if that's just total clown shoes on the Lake Show because of Mike Brown and his face, or if Rick's going to untie the waistband and show Derek Fisher how things are done.

The Greatest Thing Ever

Posted by Drew Boatman at 11:08 PM No comments:

Let the circle be unbroken

Look at this photo.  GRIM FACES. 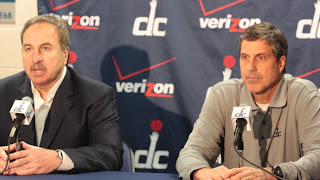 "Uh...we had to make a change...uhhhh...Randy'll take this team and derp de derpy doooo."

A quick summary of the recent performance of the Washington Bullets.  (Yeah, when I wanted to get this photo, that's what I entered into Google...it took me to their page, but we can dream)

I'm not writing this post for any kind of analysis beyond the thought that Randy Wittman himself will make the team good.  Making the playoffs isn't a good yardstick in the East, since you can be .439 and grab that 8 seed.  Still, I challenge the Bull-er, Whiz to prove me wrong.  Anytime you have a chance to get a coach with a .326 winning percentage, you have to make that move.
Posted by Trip Darvez at 7:52 PM 1 comment:

Remember all the people who immediately called the Wolves stupid for drafting Rubio? All they could talk about was how he wasn’t going to play here, ever, and if he did, he’d suck. I’m not going to say that I was sure he would find his way into a Wolves jersey but I can’t say as though I ever doubted that it was a bad pick.  The value was always there, even if we were forced to trade him.  Then, when he announced he was coming, those folks decided that he was going to suck. Out loud. Sure, he’d had a down year in Spain but he was playing at a higher level than he had played, in different role, and he was getting much less playing time than he was used to. Oh, and he wasn’t trying to Git Buckets. He was trying to fill a roll his team needed him to fill.  Everything I read NOT written in the U.S. was positive about him but here, all they could talk about was how his stats were down across the board.

Yeah, in 32 minutes a game he’s scoring 10.7 points per game and a whopping 8.3 assists per game. Anyone who expects more out of a rookie point guard doesn’t pay much attention to basketball. Sure, they can throw Chris Paul at me, but he’s a freak – always has been, always will be. Sure, he’s not Magic Johnson, but the Wolves aren’t the Lakers. James and Kareem would do wonders for Ricky too – not to take away from the Magic of Ervin.

But if you take a look at a number of similar players – point guards taken in the top-10 and some later round surprises that have become leaders at the position – Ricky looks like he’s doing just fine thank you very much.  Yeah, he’s not lighting up the league like Chris Paul or Derrick Rose did in their rookie years, but he’s out performing Rajon Rondo and Tony Parker in their first years in the league. Ray Felton and D.J. Augustin aren’t necessarily guys you want to compare a top-5 pick to, but he’s on par with them in their rookie years overall. His 8.3 assists per game rank pretty high as far as rookies go.  It hurts me, but that’s the number Marbury put up his rookie year and, despite his short comings overall, he was as impressive a point guard the Wolves have ever had. He helped them to the playoffs for the first time, he assisted in their first 50-win season before turning into a total asshole.

It’s early in a shortened season but I have one message to anyone who doubted Ricky’s skills. Suck it. Suck it long and suck it hard.  The kid can play, that much we know.  Will he become an All-Star? Who knows.  But can the kid play PG in the NBA? Yes, yes he can. And no one is happier to see that than me.

Posted by Jake MacDonald at 9:52 PM No comments: 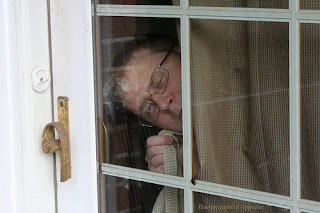 Can I.... Is it ok if I let my hands fall to my sides a little bit?  Can I let the guard down for a minute?

What?  WHAT?!?!  The team plays defense???  The coach is competent???  The young stars are showing signs of fundamental improvement???

WHO ARE YOU AND WHAT THE HELL DID YOU DO TO MINNESOTA BASKETBALL?!?!?

Last night was the biggest win of the season.  I'm not kidding.  Sure, you may say "It's only the Pistons, at home... they SHOULD beat them."  And that's exactly it.  They've shown us all exactly how good they are.  They are 6-8.  They are hovering around .500, and will likely end the season somewhere around there.  You know what that means?  That means they might, could, possibly, maybe, contend for a play---

But yes, they are 6-8.  They are not great.  They have flaws like every other "middle" team.  But sweet Moses, they are a middle team.  They are as middle as it gets.  I never thought it would be so good just to be mentioned in the same breath as Portland and Houston.

Last year, they were so horribly inconsistent and awful.  Look at the record... they would beat Indiana and Utah, back to back, at home... and then lose 15 games in a row.  They would beat Houston at home, and then go get done by Indiana and Philadelphia.  There was no momentum at all, and they hardly ever won games they should have won.

It's changed this year.  Rick has the team playing up to their potential and at their talent level.  A team like Detroit comes in, and the Wolves find a way to win a game when they couldn't shoot for shit.  They keep working the offense, keep plugging away on defense, toughen up the paint (I'm seriously loving that on-the-block defense... it hasn't been here since, what, Joe Smith?  Oh christ....), and they come out with a win against an inferior opponent.

So many things to celebrate... but let's stop for a moment to consider that statement.  "Inferior opponent".  There are other teams that are worse off than the Wolves now.  IT'S BEEN YEARS.

So sign Love.  Extend Rubio.  Dump Beasley, or not.  Just keep the coach.  Keep improving.  The slow burn of NBA Rebuilding is warming the room.  I'm ready to emerge from this dark dungeon.  Like Bubs, I think I deserve a meal at that table now.

It's been long enough.
Posted by Drew Boatman at 9:55 AM No comments:

Was "Phil Jackson to Mike Brown" the biggest drop in coaching talent in sports history?

Serious question here. To watch the Lakers this season is to watch the Cleveland Cavs from 3 years ago. Good talent, defensively sound, absolutely no identity. And the players barely acknowledge the coach's existence. But that got me thinking... have we ever seen a drop-off in talent like this? Let's take a look: 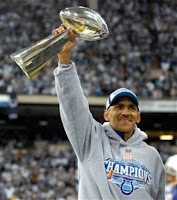 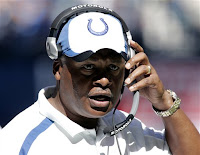 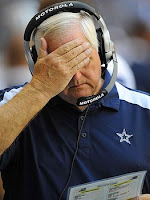 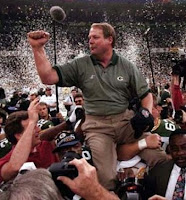 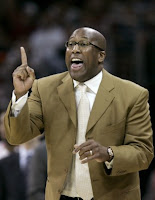 And that brings us to Fail City. Is it as bad? At first, I have to think that the fall-off between Phil and Tim was worse, but time's going to tell on this one. With every Laker game I watch, I see Mike Brown becoming more and more of a laugher on the sidelines. If they miss the playoffs this year, it will be the greatest thing ever. I wouldn't put it past them.
Posted by Drew Boatman at 8:30 PM No comments: