This is not a common occurrence, but maybe it happened to you. You’re living in an apartment building. Nothing fancy, but it’s not bad. Seemingly out of nowhere, one day you receive a letter from the company that owns the building. It describes “exciting opportunities” and a “chance of a lifetime.” What they’re really doing is asking for more money. BUY the apartment you’re renting from us for an insane price. This way, we won’t have to fix anything in your shack, and we have more money than the actual value.

I’ve received a letter such as that, and it came to mind reading a letter written by U of Minnesota athletic director Joel Maturi. Cryptically dated “August 2010,” Joel included this letter with the season tickets for men’s basketball. I will now translate the letter, with statements in each paragraph.

“I’m asking for your continued support as we make some changes to our Preferred Seating program.”

You see, it’s not enough to just have season tickets, nor is it enough to hold them for a long time. As a matter of disclosure (and the reason for my receiving a copy of the letter) is that Gophers Men’s Basketball tickets have been in my family for 5 decades, entering the 6th. With such longevity, you get to know the other ticket holders, and see them go through life. The guy that sat behind us came to my graduation party with his new family. The couple to our left came to visit while I was in town this summer. When the U updated Williams Arena, we moved 3 rows closer to the court. The guy behind us was sent back about 15 rows. He’d only held tickets since the late 70s: not enough to make Joel’s Preferred Seating program. Tell us, Joel, what are the changes?

“Prior to the 2012-2013 season we will be expanding the existing Preferred Seating program and use Gopher Points to re-allocate season ticket locations in Williams Arena.”

Translation: You were getting a free ride with simply BUYING season tickets. That’s simply not enough.

That sentence is enough to make anyone anxious.

When we received the surprising seating upgrade from the U, a donation was sent to the “Williams Fund,” which, we found out, was used to pay teachers to write term papers for the players.

“Donations from Preferred Seating assist us in paying our annual scholarship bill of $9 million for our student-athletes, as well as making facility improvements.”

Translation: It’s not enough to just be a public university. To free us of managing our department with any care or reason, the influx of cash will cover any mistakes, such as hiring incompetent coaches, overpaying them, and doing so while interest fades.

So, is Joel going to admit that? No, he’ll just repeat the same poop falling out of his mouth.

“First, these changes will provide increased donations to meet the on-going financial challenges we face. Second, while asking many of you to make a donation in addition to the coast of the season ticket is never easy, expanding the Preferred Seating program is the best way to meet our ever increasing financial challenges, making facility upgrades, and improve the fan experience.”

Translation: I’ve repeated myself because I can’t admit the truth.

The price of tickets is NOT a donation to the school. Got it?

“Please know the decision to re-seat Williams Arena was made only after serious assessment of financial trends, research of peer institutions, and discussions with season ticket holders and University leaders.”

Translation: We asked our largest donators (most of whom hold us in their pocket) and they’re fine with this.

How much would you like to wager they hardly asked ANY season ticket holders? Wait, my seats could be moved? Why? Hello? Hmm, must have hung up.

“We are sensitive to the fact that changes of this magnitude will affect many of our loyal supporters, and that this is certainly an emotional issue.”

“We welcome your comments and questions to-“

Translation: You’ll speak to a student who doesn’t really know what’s going on.

And, as you’d expect, that first call went nowhere. During the Gopher Football “open house,” my Ma cornered Joel and politely told him of the B.S. in this letter. As Joel stammered, who came to his rescue? Harvey Mackay! Wait, Trip, is it that Harvey? Why is Harvey even allowed on school grounds? They must have brushed all that under the TCF Stadium rug.

As she spoke to another school official later that afternoon, this person shared little insight. Who came to this guy’s defense? Harvey, of course, spouting the same bunk in Joel’s letter. So, a call the next day to this hotline found an accidentally honest student. “You’ve had tickets for 60 years? You don’t need to make a donation. Who told you that?”

I don’t profess to have the answers on how to run a big-time athletic department, but it’s entertaining to watch from afar how Joel continues to take one step forward, one step back. Maybe that’s his plan: that way, there’s always the need for increased donations and those beloved Gopher Points.
Posted by Trip Darvez at 1:21 PM 3 comments: 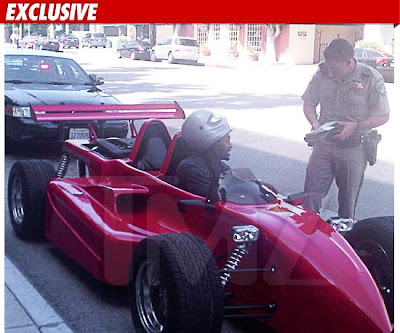 It's like his life is just a complete clown.

Posted by Jake MacDonald at 8:21 AM 3 comments:

Ok, so this is great

Just look at Stern's face changing, and Delonte...
Posted by Drew Boatman at 8:24 AM 2 comments: