As the baseball playoff pictures shore up – Go Twins! – and the NFL season kicks off, the kids in the NBA begin to gather in preparation for the upcoming NBA season. This is an exciting time for every fan of every team. Dreams of vast improvement or repeating last years’ success dominate fan thought patterns. Everything is very positive for every team right now. Free agents and rookies reporting to camp, the vets coming back feeling refreshed and ready to battle for the next eight months. Expectations are riding high right now and it’s hard to keep them calm since we’ve been without the NBA for 3 months. I try my best to keep myself realistic, often edging more towards skepticism so as not to be disappointed when the Wolves don’t do what I expect them to do. So, here are some things I do and don’t expect to happen this season for my boys.

I do expect the Wolves to play better basketball.
They’ve gotten an infusion of new blood, have been improved in some areas, and will have a refreshed KG ready for another season

I don’t expect that play to be reflected much in their record.
Mike James and Randy Foye, while good players, will not be the save-all fix-all for this team this season. They need capable banger and someone who can help KG on the boards.

I do believe they’ll be in the hunt for a playoff spot deep into the season.
Much like last season, the West will be strong at the top, but tight through the middle and bottom. There’s a chance they could even be in the race into the last month of the season

I don’t believe they’ll make the playoffs.
They’re just not good enough. They don’t have anyone, besides KG, to play defense or rebound. They don’t have a lights-out shooter to keep defenses honest, and they don’t have a point guard that can run an offense effectively. They’ll be close, but they’re not there yet.

I do think Randy Foye will be a top contender for Rookie of the Year.
The kid has everything you want in a young guard: he can get to the basket, shoots the ball fairly well from the mid-range, plays with heart, and has very good character. He showed some flashes of brilliance in the summer league, earning MVP in the Vegas League.

I don’t believe he’ll win it.
He’ll put up strong numbers, he’ll contribute almost from the beginning, but in the end, the Wolves won’t be as improved as Portland, giving a lot of votes to Brandon Roy.

I do expect KG to come back strong this season.
He always does. He never enters a season without fire. KG always comes in enthusiastic, from the first day of camp. Last year is forgotten. For now.

I don’t expect him to be happy when the Wolves don’t achieve success.
When – I hope if, but – the Wolves start sliding, KG will get upset and will fade into that grimacing player he ended last season on. He’ll probably end up calling management out and making some suggestions

I don’t expect him to demand a trade or be traded.
He’s a class act and loyalty is one of his strengths. He may get frustrated, but in the end, he’ll be a Timberwolf at the end of this season

I do expect there will be changes made.
The Wolves have some excess baggage they could really get rid of, but I don’t know how much they’ll be able to dump. The continued lack of success will force McHale’s hand because if he continues to let it happen, the media won’t wait very long to lunge at his throat.

I don’t expect them to be as extensive as last season.
Part of the reason last year was such a debacle was because there was so much change that Casey didn’t know what his lineup would be day-to-day. Unless something comes by that the Wolves cannot turn down, expect the core players to be there all year

I do expect Dwayne Casey to be the head coach all season.
He’s young and he had a tough year last season but, as I said above, his lineup had no consistency due to the front office’s mangle-job. I think Glen will be a bit gun shy, firing two head coaches in three years.

I don’t expect him to avoid some heat.
He’s still young and he’s only in his second year in the first chair, so there will be some slack given, but not as much as last year. There won’t be the roster moves this year, so his effort will stand out more, for better or worse. Like I said, I don’t think their record will reflect the improvement, which means KG will not be happy. As people see KG getting unhappy, they too will get unhappy. The media in Minneapolis is nothing but negative, so they’ll be the first on the ‘Fire Casey’ bandwagon.

I expect almost nothing out of this team, as you may have realized. I hope Mike James is better than I think he is and I hope Randy Foye is half as good as I think he is. It’s still baseball season so I don’t need to talk myself off the ledge yet, but November isn’t that far away.

Here’s hoping this year is better than I expect it to be.

In the meantime, go Twins!
Posted by Jake MacDonald at 9:14 AM No comments:

The U.S. lost to Greece? Yeah, they lost, and the media still can't let it go. I mean, they lost. Hey radio jockeys, let it go already, Greece was exactly the team that could beat us and they did. Who cares! 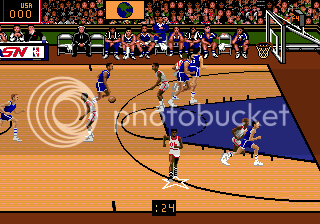 Posted by Jake MacDonald at 8:05 AM No comments: